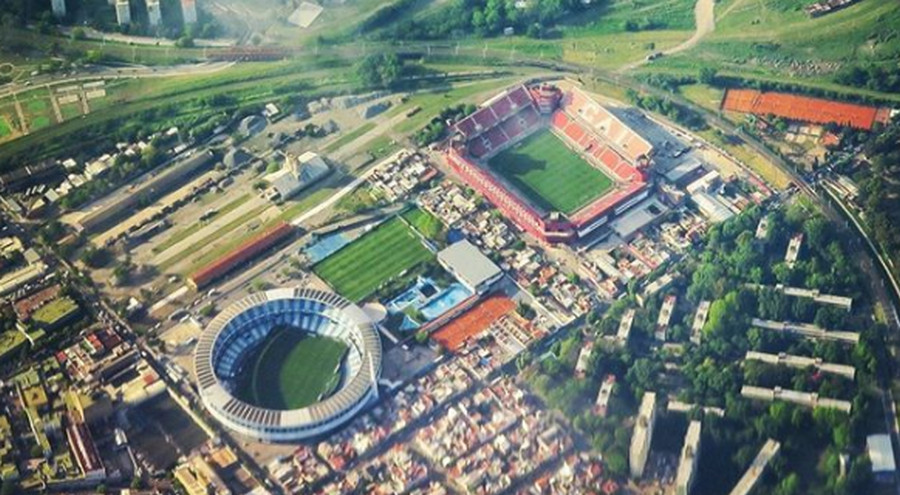 15.03.2020 | by Калоян Христов
Have you ever believed that teams considered as eternal enemies play their home games in a dangerous vicinity. We present to you the top 5 infrastructure solutions that have enemy arenas a few meters away.

You have hardly ever heard of these two stadiums, which is completely understandable. The first welcomes the matches of the MTK Budapest - the second most-titled club in Hungary with 23 titles and 12 cups, and the second is home to the third-division BCV Elore. The capacities of both arenas are relatively small (5,322 vs 2,508), but their proximity is impressive.

These are the stadiums of Nottingham Teams - Nottingham Forest and Notts County. The hosts have been known for their two cups of cash since the late 1970s, while the county is the oldest professional football club in the world. Many of you may have heard the story of Knots County helping with Juventus' equipment in the early years of Old Lady. The City Ground has a capacity of 30,500 seats and Meadow Lane accommodates nearly 19,000 people.

The most popular stadiums in this kind of ranking, hosted by the Liverpool and Everton Merseyside Grands. The mythical Anfield has met legendary European clashes and has been a direct witness to many honors. Goodison Park was built in 1892 and is one of the oldest stadiums in the world.

These are the two closest stadiums on the Island, separated by only 160 meters. Dance Park welcomes the clashes of Dundee FC, founded in 1893, and Tanadaise Park is the arena of Dundee United's battles. The two teams have one championship title each, and the matches between them are extremely contested and meet the criteria for a derby clash. The United Stadium has a slightly larger capacity (14,200 vs 11,500).

Surprisingly or not, the stadiums of two of the largest teams in Argentina - Racing and Independent, are 385 meters apart. They are members of the "Big Five" in the country, also made up of River Plate, Boca Juniors and San Lorenzo. The clash between them is called the Avellaneda Derby, which comes from the province where their stadiums are located. The capacities of the arenas and the differences of the two teams are approximately identical, which makes their rivalry even more fierce.