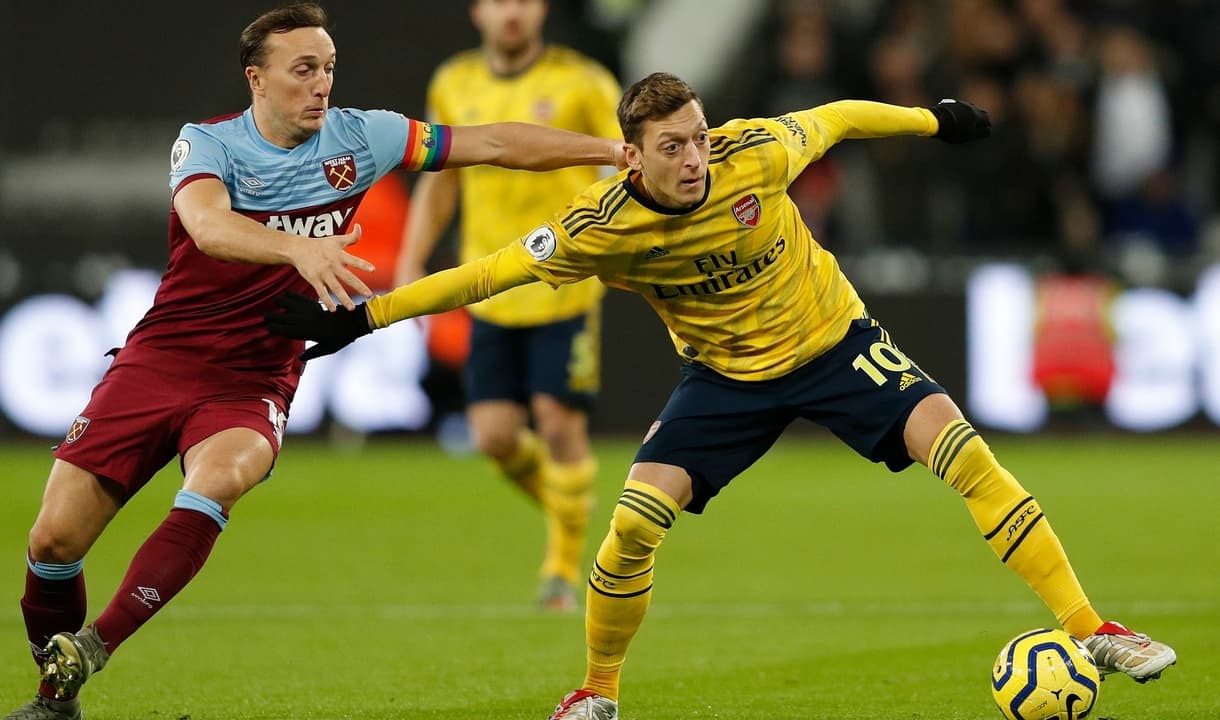 06.03.2020 | by Калоян Христов
The London derby accompanies Saturday's Premier League program. Arsenal welcome West Ham to their Emirates in search of success that brings the team closer to the Europe area.

Although the "balls" have been through a lot of trials and difficulties during the current campaign, the positive results have lately brought them closer to places eligible for European participation. In the event that Manchester City loses their appeal, then the fifth team in England will participate in the Champions League.

Only 5 points divide Arsenal from 5th Manchester United, which at this stage looks like a bridging distance. For this to happen, no surprises should be allowed, especially on your own terrain. Mikel Arteta's alumni created a spectacular offshoot in the Europa League, losing to Olympiakos, but subsequently rehabilitated with success over Portsmouth, who sent them to the 1/4 Finals for the FA Cup.

Read: Football London: Which are the professional teams from the English capital


Bookmakers put hosts in the role of distinguished favorites, which is due to several elementary reasons. Arsenal have offensive power, improve their game at Arteta, and West Ham do not perform at altitude in their away games. In fact, the Hammers lost their previous five outings, and last triumphed in foreign ground against Southampton in December.

I am convinced that Arsenal's victory will be one of the most sought after bets on Saturday. However, I think the market for over 1.5 goals in favor of the hosts seems to me more secure. If the "gunners" reach the ultimate success, this will happen with at least two hits.

Mikel Arteta will be without Lucas Torreira, who has been injured during the week and will be out for an indefinite period. He also drops Tierney, Soares, Kolasinac and Chambers from his accounts. West Ham arrives at Emirates without Andrew Yarmolenko, Ryan Fredericks and Jack Wilshere.

Prediction: Over 1.5 goals for Arsenal