16.01.2020 | by Калоян Христов
There is no way to miss one of the most remarkable German derbies opposing the teams of Schalke and Borussia Monchengladbach.

The Bundesliga returns after a one-month hiatus, which gives us more variety in football betting. I admit that this is one of my favorite championships, and Gladbach is a team that I have great sympathy for.

The "foals" do not disappoint me during this campaign. They perform extremely well, which deserves them second place in the standings. The end of 2019 may not have been as promising, but despite a few unsatisfactory results, Borussia remained at the foot of the summit.

The supporters of the "royal blue" had occasion for celebrations during the autumn half-season. Schalke returned to the top of the lineup after recording a disappointing season last year. The Gelsenkirchen team barely escaped the playoffs, racking up 17 losses in 34 rounds.

Recently, there has been a slight advantage in favor of Borussia with regard to direct rivalries. Schalke have not succeeded in their last 8 matches, which is a very long period for a significant local derby.

In my opinion, the hosts will throw frantic forces in search of the full set of points, but the same is true of the "foals" who are close to the leader RB Leipzig. I expect an open match filled with dangers in front of both doors, which will result in a reasonable exchange of hits.

For the goal / goal lovers, I will mention that six of the previous eight matches between the clubs involved ended in hits on both doors. 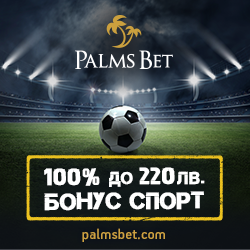 The core of Barça: De Jong and two more

The midfielder line of Barcelona is the one with more changes this season. This is because it is the...

The goodbye of a legendary 'gunslinger'

David Villa announced that he will stop playing soccer as soon as the season ends with Vissel Kobe....

The Portuguese forward has scored only 6 goals so far this season and stayed close to thirty goals l...