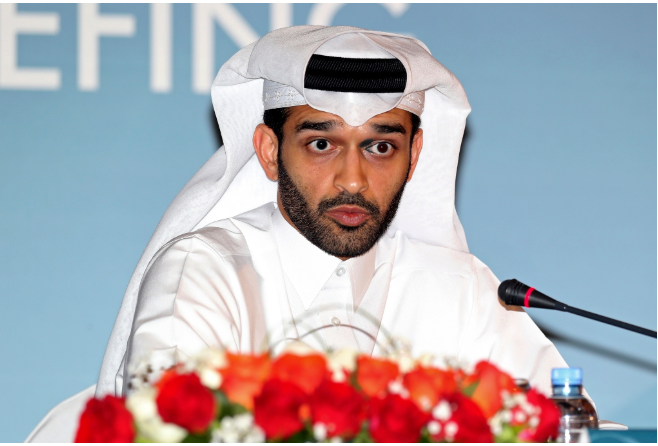 Qatar 2022 and the Coronavirus: World Cup without fans?

22.05.2020
The organizers of the World Cup in Qatar are concerned that fans will not be able to travel to the tournament in 2022 if the coronavirus pandemic causes a prolonged global recession.
Many countries around the world are expected to enter a historic recession as a result of the virus and subsequent containment measures.

"Nothing is clear yet. We are entering a recession," Hassan Al Tawadi, secretary general of the World Cup's organizing committee, said on Wednesday. "There are always concerns about the world economy and the ability of fans to travel, come, participate and celebrate the World Cup."

The world sports calendar was paralyzed. Both the European Championship and the Copa America, which were due to start next month, have been postponed to 2021.

Qatar expects the operation of six of the eight stadiums to be completed by the end of the year, despite interruptions caused by the coronavirus. The World Cup is scheduled to take place between November and December 2022, instead of the usual months of June-July, so there will be more time to resume international flights.

"I am optimistic that by 2022 we will collectively overcome this pandemic like humanity," al-Tawadi said on an Internet broadcast. "It will be one of the first opportunities for all of us to celebrate together, to participate together, to bring people together."

Qatar has promised that the World Cup will be available to fans, but the small oil country has been hit by a lack of economic activity in most countries. The state-owned airline Qatar Airways, a World Cup sponsor, has announced it will cut jobs as many planes remain on the ground.

"There are always concerns about the world economy and the ease with which fans can travel, come and participate in the World Cup," Al Tawadi said in a live broadcast of the sport's leaders. "

"We are determined to strike a balance for an affordable World Cup," he added. Affordable range of costs for fans and a range of costs that industry and service providers in the supply chain can work with. responsible procurement for the conduct of the World Cup ".

For three years, Qatar had to adjust its preparations for the tournament to deal with the country's diplomatic boycott of Bahrain, Egypt, Saudi Arabia and the United Arab Emirates, amid allegations that it supports extremist groups in the region. Qatar denies the allegations. "

It was a hidden blessing in good measure because it forced us to trust ourselves and look inside, "Al Tawadi said of the boycott." This forced us to be much more resilient, which better prepared us to cope. "

On the first day after the resumption of Bulgarian football we will watch the derby between Levski a...

Football in Bulgaria is renewed with a battle of "Lauta" between Lokomotiv Plovdiv and Etar. The hos...