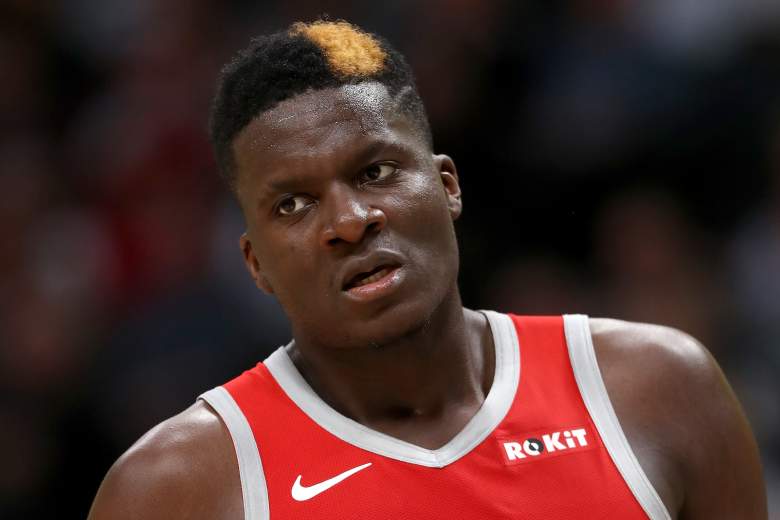 The Houston Rockets have never been shy about pulling the trigger on a trade. This season, it appears Clint Capela is on the trade block and could be dealt before the Feb. 6 deadline.

The Rockets are shopping Capela in trades with Eastern Conference teams -- particularly three-way trades that might allow Houston to nab the draft assets to get an impact wing player. Per the report, the Rockets are hoping a potential trade of Capela -- or Capela-involved deals -- would net them a wing player.

The Hawks have shown interest in upgrading their center position and have talked with Houston about Capela (as well as with the Oklahoma City Thunder about center Steven Adams). In addition to the Hawks, the Rockets reportedly are in discussion with the Boston Celtics about Capela.

Houston leads the Southwest Division and has won three of its last four games -- including recent wins against the playoff-contending Utah Jazz and Dallas Mavericks. The Rockets are, as always, led by their superstar guard tandem of Russell Westbrook and James Harden. Harden leads the NBA in scoring (35.7 ppg), while Westbrook isn't far behind, ranking 10th at 26.4 ppg.

As good as that tandem has been, though, Houston has struggled to find a consistent answer on the wing behind that pairing. Ben McLemore is in the midst of a career resurgence and is averaging 10.3 ppg, starting 17 of Houston's 49 games. Additionally, swingman Danuel House has started 32 games and is also averaging 10.3 ppg. However, Houston is likely in search of a bigger talent upgrade at the position over that pairing.

Capela is making $14.9 million this season and will make $16 million, $17.1 million and $18.2 million in successive seasons. This season, the center is averaging 13.9 ppg, 13.8 rpg and 1.8 bpg -- making him one of three players (Rudy Gobert and Hassan Whiteside are the others) to cross that threshold in 2019-20. Capela was drafted by the Rockets in 2014 with the No. 25 overall pick and has spent his entire career with them.