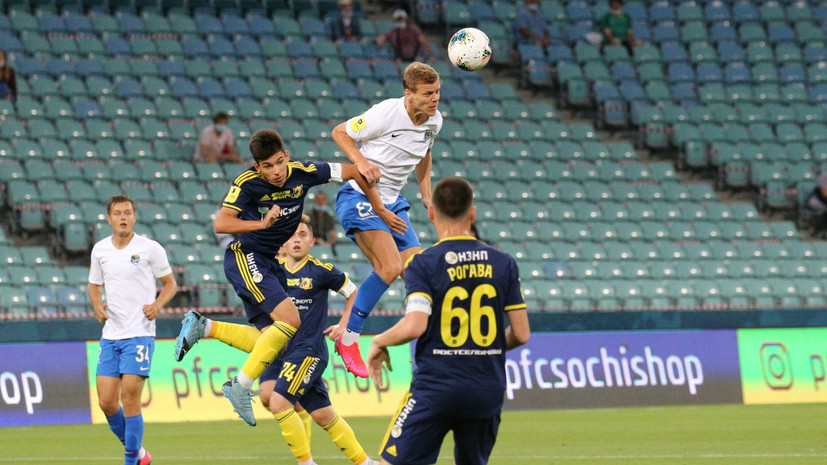 Rostov with a record loss after the restart of the season

Of course, the main reason was in the starting eleven of the guests. None of Rostov's athletes were 20 years old.
After six players from the first team gave positive tests for coronavirus, the management of Rostov decided to bet entirely on teenagers.

Among the players who were diagnosed with COVID-19 was Ivelin Popov. However, the former Bulgarian national gave a negative second test and the results of the third inspection are currently awaited.

Surprisingly, Rostov took the lead in the first minute. Roman Romanov realized after 47 seconds of play after a precise shot from the edge of the penalty area.

The joy of the hosts lasted exactly 5 minutes after Vladimir Abramov failed to clear the ball and it entered the door of the "yellow-blue".

Both teams returned to the break with a score of 4:1, and in the second half came to six more goals for the hosts, which formed the final 10:1.

This proved to be the most devastating success in the history of the Russian Premier League. Until now, the record was held by Lokomotiv Moscow, which beat FC Uralan 9-0 in 2000.