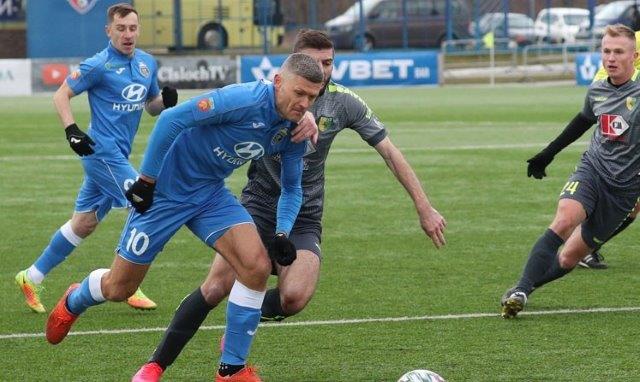 17.04.2020 | by Калоян Христов
One of the strongest teams in recent years - Shakhtar Soligorsk, has not convincingly started this campaign. On Saturday night, the Moles come out as a must-win against the well-performing FC Slutsk.

Shakhtar only won one of the first four matches in the championship - on a foreign field against Gorodeya. In the other three matches, the Soligorsk team collected a minimum defeat against Torpedo-BelAZ and recorded zero draws against Neman and Smolevichi.

FC Slutsk has proved to be the most productive team in the Belarusian elite after scoring 7 goals since the start of the campaign. They won 3: 1 over Slavia Mozir and 3: 2 out against Isloch Minsk. The only loss occurred at the home of Dynamo Brest, and in the last round Slutsk formed a hike with Vitebsk.

Despite Shakhtar's unsatisfactory results, homeowners are taking advantage of the bookmaker's houses. The odds for sign 1 vary around @ 1.45 which does not seem particularly attractive for a bet.

Therefore, I recommend you to abstract yourself from the winner's forecasts and look at your appetizing goals. In view of the strong attack performance, guests should score a goal in the upcoming visit. I expect Miner to take advantage of his home advantage and finally triumph on his own pitch.

I bet over 2.5 goals, which arrives at a satisfactory rate of @ 2.18. If you are looking for more security, you can reduce the line to over 1.5 hits and combine a double chance 1x bet.