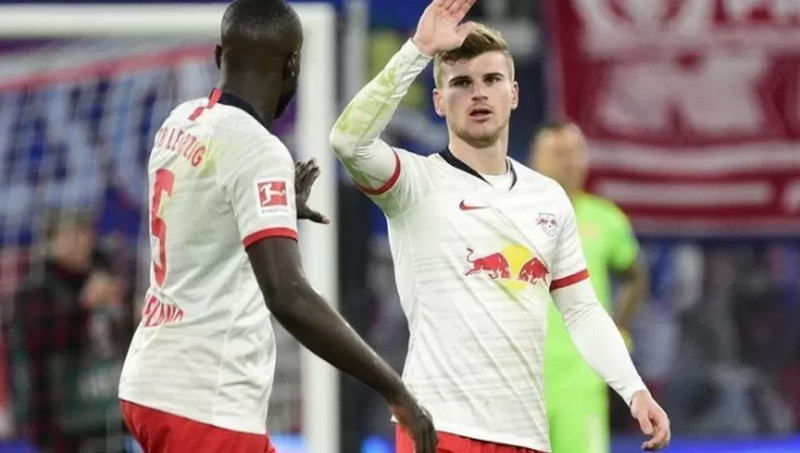 Three players from Leipzig in sight of Barcelona

14.03.2020 | by Калоян Христов
The Barcelona management is looking for new additions to strengthen the squad in the summer.

Three players from the Leipzig RB - Timo Werner, Dayo Upamecano and Angelinho - are among the Spanish club's eyes.

Even in the last game of the German team, which won 3-0 against Tottenham in the Champions League, Eric Abidal sent a scout to know the qualities of the tracked competitors. In the respective match, Werner and Angelino reported assists.

However, Blaugranas is not the only candidate to sign some players. The future of Werner is increasingly linked to Liverpool, while Arsenal have the ambition to attract Upamecano.

Barcelona need a central defender, a back and a striker, which is the main reason the Leipzig trio fall into Kike Setien's plans.

RB Leipzig is in third place in the interim ranking, trailing five points behind leader Bayern Munich. The Bundesliga ended two days ago, similar to dozens of other championships.

On the first day after the resumption of Bulgarian football we will watch the derby between Levski a...

Football in Bulgaria is renewed with a battle of "Lauta" between Lokomotiv Plovdiv and Etar. The hos...