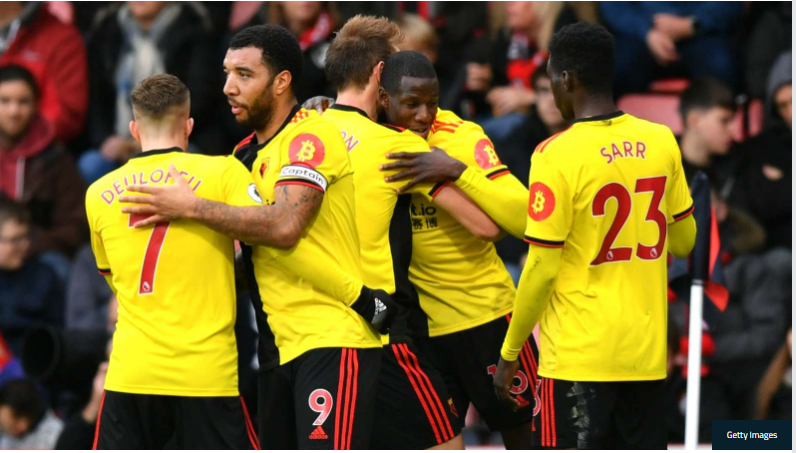 20.05.2020
The club announced that one player and two employees are ready to isolate themselves as part of the procedures set by the English Premier League.

Watford announced that three people at the club have tested positive for coronavirus in the last two days.


On Tuesday, the Premier League confirmed that there were six positive results for Covid-19, out of a total of 748 tests applied to players and club staff on Sunday and Monday.

The league confirmed that the positive tests came from three different clubs, and one of the positive tests turned out to be Burnley's assistant manager Ian Wang, who the club said was "asymptomatic and is currently safe and well. at home".

Then, on Tuesday night, Watford confirmed that one player and two employees have tested positive and will begin a period of self-isolation.

"The Watford Football Club has confirmed that three people tested positive for the Covid-19 virus after testing on the training ground in the last 48 hours," the club said.
"Of these three positive tests, one is a player and two are staff members. All three demanded medical confidentiality and therefore the club would not disclose their names.
"All three have already isolated themselves for seven days - in accordance with the protocols set out in the Premier League regulations - before being tested again at a later stage.

"Strict adherence to Premier League regulations ensures that the training ground remains virus-free in a safe environment for players to continue to work and train. The club will continue to maintain close links with the affected staff and will not comment further."

On Monday, the Premier League announced that the teams could start training in "small groups" on Tuesday, after the shareholders' meeting approved the plans.

The Premier League has been suspended since March as a result of the outbreak of the coronavirus pandemic, with the league still awaiting its return in June.

Watford captain Troy Deany has previously spoken out against plans to return to the 2019-20 campaign, saying he will not put his family at risk in the name of returning to the league.

Deeney insisted he was not willing to risk getting infected in training and then spreading it to his family, especially amid fears that blacks, Asians and ethnic minorities were more susceptible to the virus.

The Bundesliga became the first major European league to resume its season this weekend after the German elite returned to play behind closed doors.