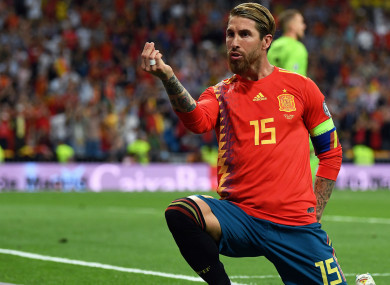 29.03.2020
Sergio Ragmos García is one of the most significant players of our time. Having started his career in the youth formations of Seville, today Ramos is one of the most beloved players of the Spanish colossus Real Madrid. And it's no different - for 15 years at the White Ballet, he manages to win everything a footballer can dream of.

Sergio Ramos is known for his tumultuous character and is often hated by rival fans. An extremely good intrigue, he has been expelled 25 times with a red card so far. However, he remains one of the most successful defenders in history. Ramos has 96 goals for his club. Adding to them 21 goals for Spain's national team, this makes it a scary not only defensive but offensive opponent.

The defender is 34 years old today, and we wish him many years of professional success on and off the football field. ¡Feliz cumpleaños, Sergio Ramos!