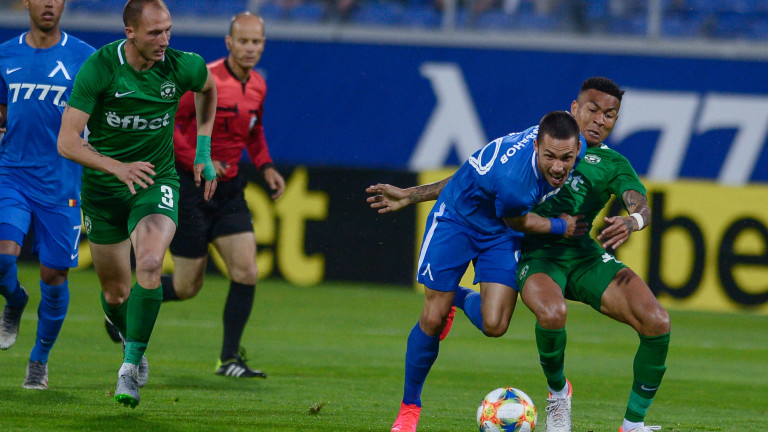 08.07.2020 | by Калоян Христов
The derby between Ludogorets and Levski is part of the program of the penultimate round in efbet League. The hosts are indicated as 100% favorites by bookmakers and specialists, and why the expectations are such, we will see in the preview.

Razgrad will lift the championship title of Bulgaria for the ninth time. The award ceremony will take place immediately after the match and will be accompanied by a music show.

Nobody in the Razgrad club wants the awarding to happen after a loss to Levski. That is why the players of Ludogorets will throw themselves for success and will try to please the fans with beautiful football.

Georgi Todorov faces a number of problems that complicate the choice of starting lineup. The specialist cannot count on the injured Stanislav Ivanov and Simeon Slavchev, and in addition, Holmar Ejolfsson underwent surgery and will miss the remaining two matches.

Adding the foreigners who left, as well as the lack of motivation among those who are on the bench - Spiers and Nasiru, Levski's chances for a point seem illusory.

I advise you to look for a victory for Ludogorets, which will continue to pursue the record of CSKA from consecutive matches without defeat. To make a more attractive bet, add over 2.5 goals to the final sign.

Real Madrid achieved a minimal victory over the fighter for Europe - Getafe, in the last match of th...