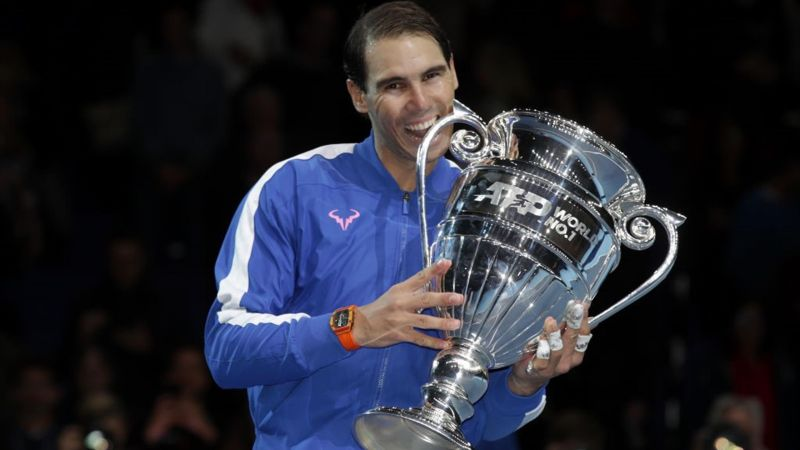 Rafael Nadal finished the year as number 1 in the world

16.11.2019
For the ninth time since the beginning of the millennium, the leader has become clear in the latest men's tournament of the year

Rafael Nadal will finish the year as number one in the world rankings for the fifth time in his career. This was made possible after today's results of the matches of the finals in London. His leadership position was confirmed yesterday after his direct rival Novak Djokovic lost to Swiss Roger Federer and dropped out of the race. Nadal, who eliminated first-place Djokovic on Nov. 4, won four titles this season, including two Grand Slam titles and two ATP Masters 1000 tournaments. Now 33, the Spaniard is the oldest tennis player to finish as No. 1. since the creation of the rankings in 1973.

Writing his biography, Rafael Nadal has finished four times as number 1 so far - in 2008, 2010, 2013 and 2017. This season has been a lot of twists for Rafa. He led the way in the standings in front of the Serbian, then lost his leading position, and finally again managed to outpace Djokovic. This season was one of the strongest in Rafael Nadal's career, recording a record 12th victory in the French Open - Roland Garros.

In 1995, the United States triumphed in the Davis Cup race, and the basis of its valuable success wa...