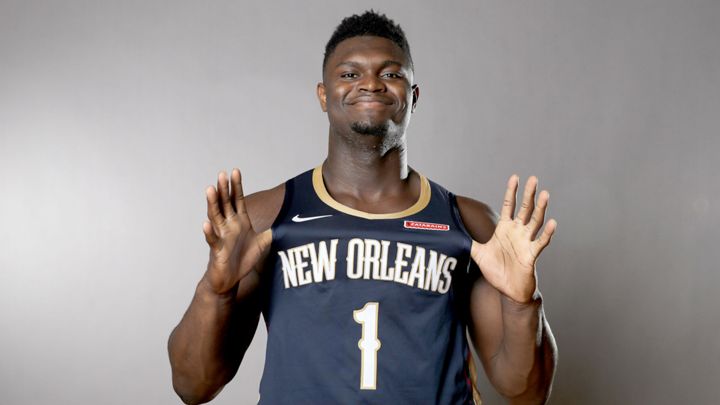 Zion Williamson's debut is looming, with him set to make his long-awaited NBA debut on Wednesday night against the San Antonio Spurs. The path back to the court hasn't been easy for the No. 1 overall pick of the 2019 Draft, but he's ready, at last, to play.

"The rehab workouts are long and strenuous," Williamson said Tuesday. "There were a lot of times where I wanted to punch a wall or kick a chair. It's frustrating to not be able to move your body the way you want to, especially since I'm 19. It's been tough, but I battled through."

That long-awaited debut is a welcome sight for Williamson.

"I know the people of New Orleans are going to show a lot of love because that's what they do," he said. "For the outside people, all I can do is invite the love. If they want to bring it, then bring it.

Williamson returned to full-court, five-on-five work in practice with the Pelicans on January 7. But coach Alvin Gentry and the organization took a non-committal stance about when Williamson would join his teammates on the floor in games.

"I think it might be a little different magnitude to this one. This is my first NBA game ... this is business now. This is different," Williamson said of his debut Tuesday.

"It's just basketball. This is what I do. I've been doing it since I was four. ... It's one game at a time and that's what's been working for us."

Williamson averaged 23.3 points per game in four preseason outings while shooting 71.4% and pulling down 6.5 rebounds.

Lamb out for the rest of the season.

Indiana Pacers guard Jeremy Lamb will miss the rest of this season with a left knee injury. Lamb was...

Latest News
Get a $ 10 bonus for every live bet on a Belarusian match Palms bet registration. Steps to create a new account Goals in Nicaragua according to Super Hot Winbet bets No joke, no cheat - Clarence Seedorf turns 44 today! On this day: In 1995, the world No.1 and No.2 played in a Davis Cup team
Categories
All Categories Football news Football analyses Top betting tips for today European Championship 2020 Tennis news Basketball news On Wheels Extreme sports Olympics Other sports Bookmakers Sports fun Coronavirus