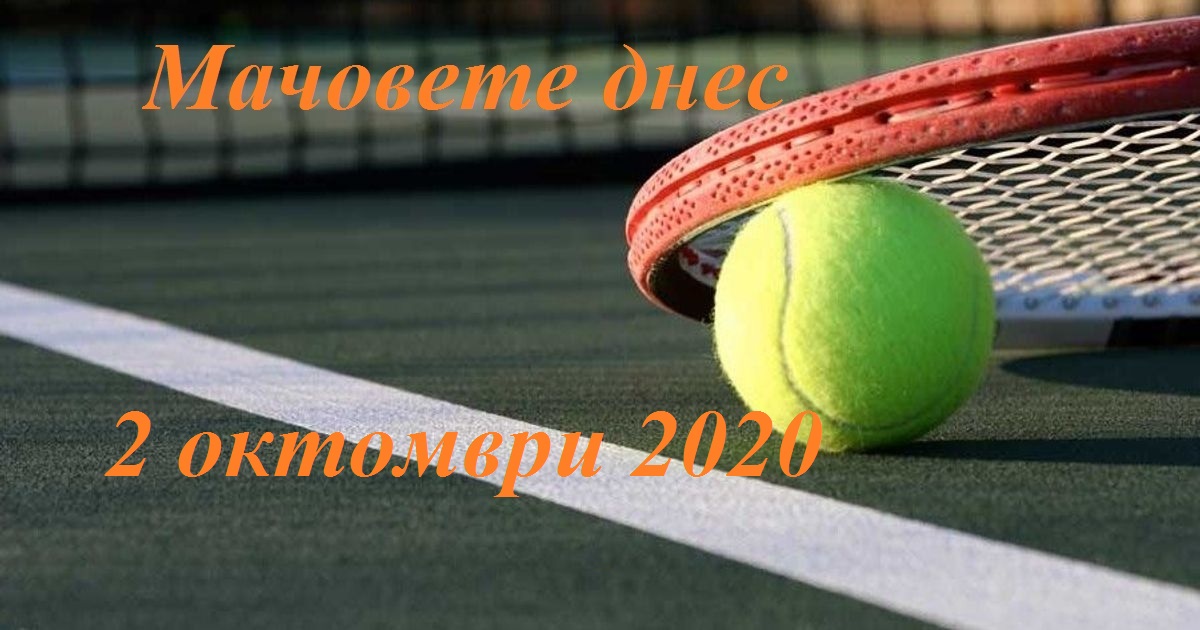 02.10.2020
The Roland Garros program continues in full force. Today we will again witness great matches, and our eyes will be focused again on the participation of Tsveti Pironkova in the third round.


The Bulgarian will argue with the Czech Barbora Krejchikova for a place in the round of 16. Tsveti is in extremely strong shape after returning to the court. Her only loss so far is from the legend of women's tennis - Serena Williams. Pironkova reached the quarterfinals in Paris in 2016 and this is her record ranking so far.

Barbora Kreichikova has not yet had a ranking in the top 100 of UTA. The Czech defeated her compatriot and namesake - Stritsova for nearly 3 hours of play on Wednesday. Perhaps her most serious success is at Roland Garros, where in 2018 she won the doubles title. On singles, however, so far her record was reaching the first round. According to the bookmakers, the two tennis players have a close chance of winning, as for Pironkova the coefficient is about 1.86, and for Kreychikova - 1.92.

Read more: Pironkova goes on the court against Kreichikova this afternoon

One of the clear favorites to win Roland Garros this year - Dominic Team goes on the court at 12 o'clock Bulgarian time. Team is a finalist in the last two races here, and 2 weeks ago he won his first US Open Grand Slam title. Already 27 years old, the Austrian is a well-known specialist in glue. He also has two semifinals in France - in 2016 and 2017. So far, Team has achieved two clear victories with 3: 0 sets over two strong players - Marin Cilic and Jack Sock.

Casper Ruud made an impression in Rome and Hamburg last month. In Italy, he reached the semifinals, where he even served for the first set against Novak Djokovic. In Germany, he also played in the penultimate match, losing to Rublev also in two sets. At Roland Garros in the first round he gave only 5 games to Sugita. The second match was extremely strange and more suitable for a women's match. Ruud defeated Tommy Paul 3-2. However, the development in the separate parts was interesting - 6: 1, 1: 6, 6: 3, 1: 6, 6: 3. Such declines and relaxations today will be punished by Dominic Thiem. A 3-0 victory for the Austrian is estimated at 1.78 odds.


World number 5 Elina Svitolina warmed up in France by winning the title in Strasbourg last week. Whether from most of the accumulated matches or the different pitches, she did not start Roland Garros very convincingly. In the first round she allowed 6 breakthroughs against the Russian Varvara Gracheva and won hard with 7: 6 and 6: 4. Her second match in Paris was even stranger. She won 2-1, but lost the second set to 0 out of 178th in the world Mexican Renata Sarasua. Svitolina has to improve her performance a lot if she wants to improve on the best result on French soil, where she reached the quarterfinals in 2015 and 2017.

Ekaterina Alexandrova equals her best achievement at Roland Garros, where she reached the third round last year. In 2020, she won her first UTA title - in Shanzhen, and is currently at a record 31st place in the rankings. She was much more convincing in her two matches so far. Alexandrova achieved two victories with 6: 3 and 6: 3, and in the second round she did not allow a single point for a breakthrough on her serve.

The match will not be easy for Svitolina, and Winbet offers interesting odds for a handicap of games +4.5 and +5.5 for the Russian Alexandrova.


For Stan Wawrinka, this is Roland Garros' 16th appearance. Champion in 2015 and finalist in 2017, the Swiss knows the courts in Paris well. After experiencing a decline in form and several injuries, this year Wawrinka returns to her best games. For 2020, he has recorded 17 wins and 4 losses, and before the last Grand Slam tournament of the season, he played two Challenger clay tournaments. There, Stan won all seven of his matches before dropping out of the quarterfinals in Prague. So far in the first two rounds Wawrinka showed a great game, first beating Andy Murray, giving him only 6 games, and then defeated the German Kopfer. In the second match there was a relaxation only in the third set, which he lost, but the rest were won in 3, 2 and 1 games respectively.

Hugo Gaston participated in the tournament with Wild Card from the organizers. However, this should not deceive us - both representatives in the women's part of the scheme, who play by invitation, qualified for the third round. Gaston, 20, did the same, beating his compatriot Maxim Janvier and Japanese Yoshihito Nishioka. However, Wawrinka is the absolute favorite in the match, and his victory with a handicap of -2.5 sets is estimated at 1.46 odds.


After two losses in the final, Simona Halep finally managed to lift the Roland Garros title in 2018. The following season, she only reached the quarterfinals, but is now ambitious for a rematch. The declines in the game, which he allowed in some matches, seem to be over and Halep has won both matches so far with 2: 0 sets. With Naomi Osaka not playing in Paris, Serena Williams giving up and Azarenka and Plishkova dropping out, Simona is getting closer to new success here.

Read more: CSKA and Ludogorets in the groups of the Europa League (Video)

However, the natural American Amanda Anisimova may have a different opinion. Only 19 years old, she already has a semifinal at Roland Garros last year, where she beat Halep 6: 2 and 6: 4 in the quarterfinals. In the first two rounds she was extremely convincing and recorded two identical victories with 6: 2 and 6: 0 over Korpac and Pera.

Here again you can look at the handicap for games, such as +5.5 games for Anisimova are rated at 1.68 odds.

When you beat Rafael Nadal at the Clay tournament in Rome a few days ago, you automatically stand in the spotlight of the next tournaments. Schwartzman proved to be a specialist in this flooring, and this is evidenced by the fact that in the first two rounds he gave a total of 10 games to Ketsmanovich and Justino. His best achievement so far at Roland Garros are two quarterfinals - singles in 2018 and doubles in 2019.

Norbert Gombos is 30 years old, but he has not yet made it into the top 100 of the ATP rankings. Even if he shows his strongest tennis in the match today, he will find it hard to resist and win something. It is also significant that the odds for a clear victory of Schwartzman is only 1.41.


The matches were more crowded for Marco Cecinato. The Italian had to go through the qualifications in both Rome and Paris. In Italy he played 5 matches, so are his meetings at Roland Garros. In 2018, however, he reached 20th place in the ATP rankings, after surprising everyone and qualifying for the semifinals here. There he dealt with players like Kareno-Busta, Goffen and ... Novak Djokovic! Chekinato can be defined as a typical clay player, which can give him an advantage today.

Sasha Zverev lost the US Open final to Dominic Team. This slight disappointment cannot help but gnaw at the German. Especially after winning the world finals in 2018, the curse of the champion seemed to be hanging over him. This year he is not convincing and has 14 wins and 7 losses, and as many as 6 of these successes were recorded in New York. Against Erber in the previous round Zverev also did not convince with his performance and stayed on the court for over 4 hours to win with 3: 2 sets.

Attention to the odds for the victory of Alexander Zverev, which seem high for a player under Noir 7, who will play with the 110th in the rankings - 1.38.


Not that Mackenzie MacDonald played extremely poorly that day. The American was simply greeted by Rafael Nadal from the machine. We hardly have anything to comment on this match - Matadora is the absolute favorite today. He gave only 4 games to McDonald and continues confidently forward. He is very close to achieving 100 victories at Roland Garros - something unheard of in history. This will not happen this year, but especially against Stefano Travalia it is mandatory.