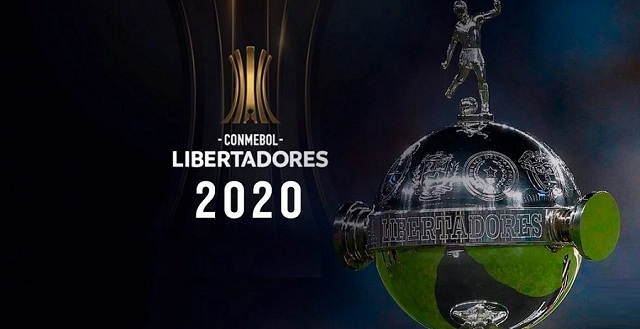 Copa Libertadores - the matches in the small hours today

29.09.2020
4 rounds have already passed in the Copa Libertadores, but so far only one team has secured participation in the next phase - the Uruguayan National. What follows from the matches in South America today:

In perhaps the most tied group at the moment, Gremio hosts W. Catolica. Each of the four teams has a chance to qualify in the remaining two rounds. The Brazilians are in a better position with the 7 points they have won so far, but they are in pretty bad shape, having 3 wins, 4 losses and 3 draws in their last 10 matches. They lost the first match with the Chileans, and in general they have unfavorable indicators against them - 4 losses from 5 matches.

In the other match of the group, the International is visiting America De Cali. Both teams played a show in the first match, which ended with a victory of the Brazilians with 4: 3. Apart from the result, there was a serious drama in the match, as the guests equalized from 1: 3 to 3: 3, only to get a goal in the last minute of the match. Both teams are not in top form with 1 win and 3 losses from their last 4 games, and the momentum of the first clash can be taken. It is interesting that the odds for over 2.5 goals for both teams to score are quite high - 2.50 and 2.04.

Penarol is a clear favorite, and the odds for their victory have collapsed. However, Kolo Kolo have not lost to this opponent so far, and today even a draw would be acceptable given the poor form of the team. The Chileans are in the penultimate place in the relegation zone at home with only 9 points won from 11 games.

Atletico-PR and Wilsterman complement the group, and both teams love each other's matches. The three matches since last year ended with results 4: 0, 3: 2 and 3: 2. The goals are falling, and today the hosts are in a good series of 4 consecutive victories in all tournaments.

Boca have not lost in 2020 in any of the tournaments in which they participate. As strange as the year is, they have recorded only 2 draws so far. The main favorite not only in the match, but also in the Copa Libertadores in general, Juniors like the matches against Asuncion. The Argentines have 4 wins and only one draw against this opponent.

Quito are leaders in their group not only in the Copa Libertadores, but also in Ecuador. The team is one step away from moving to the next phase, and the opponent is comfortable. Binasional is in weak form, having 6 losses in its last 10 matches in all tournaments. The first match ended with the success of the hosts, who totally outplayed their opponent.